The animation is quite interesting and gives you a sense of achievement when it does run smoothly. The technique that is increasingly becoming popular over the years is the stop motion technique, where you breathe life into static objects. This is done by first taking objects should they be soft clay items or dolls with joints, and fiddling them. The next step is that the physical alterations and adjustments are then photographed. Each of these photographs acts as a frame, and when you played together in quick succession, the objects look animated. In a nutshell, in this filming technique, a static object’s position is incrementally altered, and each new position is captured as a new frame. 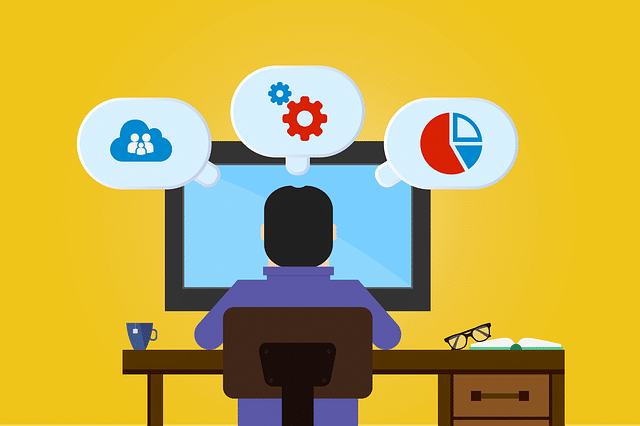 The processes involved in navigating the stop motion software are intricate and detailed. Users of this software first have to create an object or a likeness. The users then take a picture of the created object. The object is then moved as per the user’s desire, and another photo is taken. This process is then repeated until the requisite frames are created. The users of stop motion software then give life to the inanimate objects created. This is often done by incorporating audio files in the software and playing them back to suit the frames made. The inanimate objects synonymous with the stop motion software users include clay figurines, puppets, and cutouts.

Stop motion software uses various applications to capture, sequence, and playback frame pictures. These applications also allow users of the software to integrate audio files, music, and conversations to add sound effects to the animated characters created. The stop motion software modes are the capture mode, the playback mode, and the audio mode. The capture mode extracts frames from videos uploaded to the software by users. The playback mode entails the capture of sequences to create animations and animated characters.

On the other hand, the audio mode allows users to avoid using video editing tools. All audio integration mechanisms are within the stop motion software. Therefore, users are afforded the luxury of directly recording audio on the software without using third-party video editing applications.

Your passion and creativity are not enough; you need top-class stop animation software to come up with a decorous animation clip.

This is one of the most sought-after free stop animation software and a good video editor as well. It is fitting for a variety of users because it is quite instinctive, and you would not struggle to use it. This program employs a key feature called keyframing, where you can adjust keyframes to create smooth animations. It is also probable to set the speed and duration of the animation clip. It also allows you to customize features, like motion graphics and text effects. Using FilmoraPro is free as long as you do not mind using their watermark in your clip. If you are uncomfortable with that, you can check on their yearly or lifetime packages. It is best suited for Mac users.

This is a simple but powerful program that will enable you to make top-tier animated clips. Stop Motion Studio comes with broad functionality that brings your works to perfection. Not only does it support frame-by-frame previews, but it also boasts superior sound and graphic editing capabilities. Some of the notable features are the frame-by-frame view, overlay mode, and a built-in video editor, thus enabling you to create an eye-catchy motion clip. You are also able to import images, record voice-overs, add sound effects and enhance your animated clips with amazing filters and captions. The free version is available with only basic functionality.

Monkeyjam is an open-source, free option for those looking to immerse themselves in stop motion animation for the first time. It is rich in features, and a major one being it allows you to record images from a scanner or a digital camera and muster them as individual frames. It also allows you to use audio and images stored up on your computer. Monkeyjam is also a superb stop animation video maker despite its design leaning mostly on pencil and paper animations. Its interface is really adept and instinctive to allow you to easily familiarize yourself with the functionality of the software.

The Dragonframe program was specifically developed by numerous experts for stop motion animation over any other type of filmmaking. It is, therefore, vastly known for its superior stop motion animation production abilities. It also has superbly user-friendly in that it has elite customer support and a platform where users can talk about their projects. Some notable features are an easy-to-use keypad that allows you to concentrate on animating as well as an ability to control digital still cameras. It is compatible with both Windows and Mac.

Despite Movavi being suitable for beginners, it has advanced features for those who are looking to take their work to the next level. Movavi allows you to save your clips in many video formats like MP4. MP4 is the best format for uploading videos to the web, and hence it is very easy to post videos on YouTube. It has user-friendly software that has features that allow you to upload video files from your computer or external storage, import recordings from your camera, and your animation clips can greatly benefit from your mobile phone presets.

Stop Motion Pro is a free program that supports the creation of animated clips and still videos. You need a camcorder or webcam and windows OS editions such as Vista, XP, 8, and 7. It may seem a bit tricky when learning the features if you are a newbie, especially when using the audio synchronization tool, but once you get the hang of it, you are good to go. To produce jaw-dropping animation lips, you can use features such as frame-by-frame editor, auto time-lapse capture, frame thumbnails, and multi-track addition and editing features.

This program suitable for project management using scenes and takes is a superb one distributed for free and is mostly preferred by Windows OS users. Aside from allowing you to import images from your PC or camera, you can save your video in multiple formats. The main advantage of this program is that it has powerful Qt functionality. This coupled with an intuitive interface helps to minimize the use of external tools.

This software has achieved immense popularity among kids and amateurs worldwide as a popular stop motion and LEGO animation maker. It is compatible with most windows editions such as 7,8, 10, Vista, and XP. iKITMovie is the only program with a whopping 2,200 sound-track list to underpin your animation videos. With the stop motion green screen feature, you can animate your objects in front of a green screen and change the background later. It is the best option for education purposes or those novice animators just beginning their work in animation.

Frames is an animation powerhouse with its versatility in providing necessary tools for every sort of animation. This is one of the best in the market with its effective illustrations and animation tools all in one package that lets you create awesome animations using images or illustrations. This software enables you to import your entire folder of images, create a digital story and harmonize it with audio from iTunes. Frames is a free stop motion animation software available in multiple languages but does have a one-time licensing fee which is justified by the features the software boasts.

iStopMotion has all the features you may need to create wonderful animation clips on your own. It has an exquisite interface and high performance that allows the software to work speedily even when producing videos in HD. It can be integrated with Final Cut Pro and iMovie and also has a mobile version available for iOS that can allow you to use your phone’s camera and work with iStopMotion in real-time. It has the most affordable licensing cost of the lot and can liaise with you if you need multiple licenses for classroom purposes.

Where can I find it?

Also, the stop motion software interphase is compatible with several devices. This means that multiple users of the software can team up and collaborate in creating animations. Multiple users can combine their skillsets and create worthwhile animation projects using features present within the stop motion software. These features, among other capabilities, allow users to import certain content that may be required for the creation of animations. Multiple users on the software can combine ideas and manpower, creating animation features that are much more refined than when they worked on individual projects.

Some of the examples of stop motion software and its applications

This feature is applicable for users when taking shots of animated objects. It allows them to compare each shot’s tone, achieving an even frame upon completion of the camera shots. Experienced users prefer the dragon flame for these specific reasons. The dragon flame has been used in huge animation projects, with the movie Kubo and the two strings an example of a movie created using the dragon flame application of slow-motion software.

The IKI7 movies are another application of stop motion that is common in LEGO and Claymation animation fanatics. The main advantage that this application offers is that it is suitable for use across all age groups. Both adults and young people can comfortably use the IKI7 movies application. The application is also easy to navigate, hence its popularity among students and amateur animators.

Its defining feature is its incorporation of the green screen effects that enhance the quality of the application’s animations. Also, another popular stop motion software application is the filmography. The main incentive associated with this particular animation application is the presence of keyframing. The Keyframing option allows animators to smoothen the animations created by the application. The filmography also has interactive interphase. Multiple users can stay connected and share ideas on new animations. The application is also easy to use and produces stunning visual effects due to its compatibility with camera devices and its ability to achieve a 4K resolution. Besides, the filmorapro possesses revolutionary audio features. These include the capacity to auto sync audio to created frames and a noise reduction feature that eliminates outside noise.

How to Connect Laptop to Projector with HDMI – Help Guide

How to Connect a Laptop to a Projector – Help Guide

How to set up a projector screen – Help Guide

How to set up a projector to watch TV – Help Guide