As a YouTube enthusiast, it could be that you have been looking to make some videos that you can post there. The only challenge, of course, is finding a high-definition camera to create high-quality videos. Thankfully, technology continues to evolve, making the best cameras for making YouTube videos easily accessible and affordable. Before you hit the market to hunt for a camera, there are several things you need to establish.


Secondly, it’s advisable to know what type of videos you want to be making. For indoor shooting, you need not stress about buying a very powerful camera. But you may need a more expensive camera if you intend to be doing most of your shooting outdoors where there’s a lot of light. It’s also important to know a thing or two regarding the sound quality of the camera you are looking for, as well as such things as optical zoom quality and connectivity. That said, let’s look at five of the best cameras for making YouTube vlogging in the market currently.

This camera was designed for SLR enthusiasts. The video camera comes to replace its predecessor, 60D. It features several enhancements that set it apart from such models as the 80D. The camera has a significantly large intelligent viewfinder that has an electronic overlay.  Expect to see a lot of single-function buttons, which is great for enthusiasts that love to manually operate their video cameras. On the camera’s top plate, there’s a 3″ articulating touch panel LCD screen with 1,040,000 dots. It also comes with a built-in flash, integrated Speed lite transmitter, and hot shoe. If you are looking for the exposure settings, then you can access them easily through a rear wheel on the camera. This beast produces sublime 20.4-megapixel images and some very remarkable videos. The video camera is also fully manual in video mode. It allows instant sharing of imagery and footage as well as a remote control since it has built-in Wi-Fi and EOS Remote app.

A lot of people that want to get into DSLR photography tend to grab one of Canon’s Rebel cameras. That’s because these video cameras boast quite impressive video proficiencies. In recent times, the Rebel line is becoming quite popular with vloggers as well. It affords beginner videographers a lot of power in a quite affordable camera. Some of the notable features in this camera include Wi-Fi connectivity, 1080p recording capability, a flip screen as well as 19 cross-type autofocus points. These and more qualities that make the rebel T6i such a great camera for serious vlogging.

The Canon PowerShot G7 is the third Canon video camera that’s perfect for vloggers. That’s because it can produce quite impressive videos besides being an affordable option for videographers who want to save. The camera has a 20X optical zoom, which is good if you’re looking for high-quality photographs. Added to this feature is the 25mm wide-angle lens, as well as a CMOS sensor that features a 12.1-megapixel high sensitivity sensor. What makes this video camera a joy for video makers is the fact that it can film in 1080p full HD. Other niceties include the Smart AUTO feature that allows for optimization of up to 58 different settings. To add to that, the camera features a face ID technology that gives priority to faces it has seen before.

If you are familiar with mirrorless cameras, then you may be interested in knowing that the Panasonic G7 descends from the first-ever that was made. You’d thus expect that this camera shares lots of features with the mirrorless camera. But this isn’t the case at all. What it resembles more is an interchangeable lens camera. Thus, this camera at first appears like a small DSLR. It has the control points you’ll see more in a mid-range DSLR. With all the switches and buttons present in this camera, users who are more into manually controlled video cameras will fall in love with the G7.

Even better, as the G7 is a mirrorless camera, it can make great use of the fully articulated and touch-sensitive screen. The phone features a 16MP four-thirds CMOS sensor, which is impressive, although not rare. However, unlike the other cameras above, the G7 has 4K UHD capability, and that’s a bit rare at the moment. Also, this camera provides focus peaking and zebra highlight warnings, features that you’ll hardly find in its peers. When you don’t want to shoot a video, you can use the ‘4K Photo’ mode which comes with an option to record 1-second chunks of video which are then written to the memory card as soon as you press the shutter button. The camera also comes with Wi-Fi capability that allows for remote shooting and transferring.

If ever there was a tiny blogging powerhouse, then Sony RX100 IV is it. This compact photo weighs just 10.5 ounces, which makes it extremely easy to fit in your pocket and carry around. What’s impressive about this tiny camera is that it is capable of shooting 4K videos-the second camera with that feature on this list. The camera can shoot 4K videos at 30, 25, and 24 fps. At fps rates, this little monster can even go up to 1000. If you are a blogger who does a lot of shooting away from your home, this is the perfect camera for you.

How I picked the best 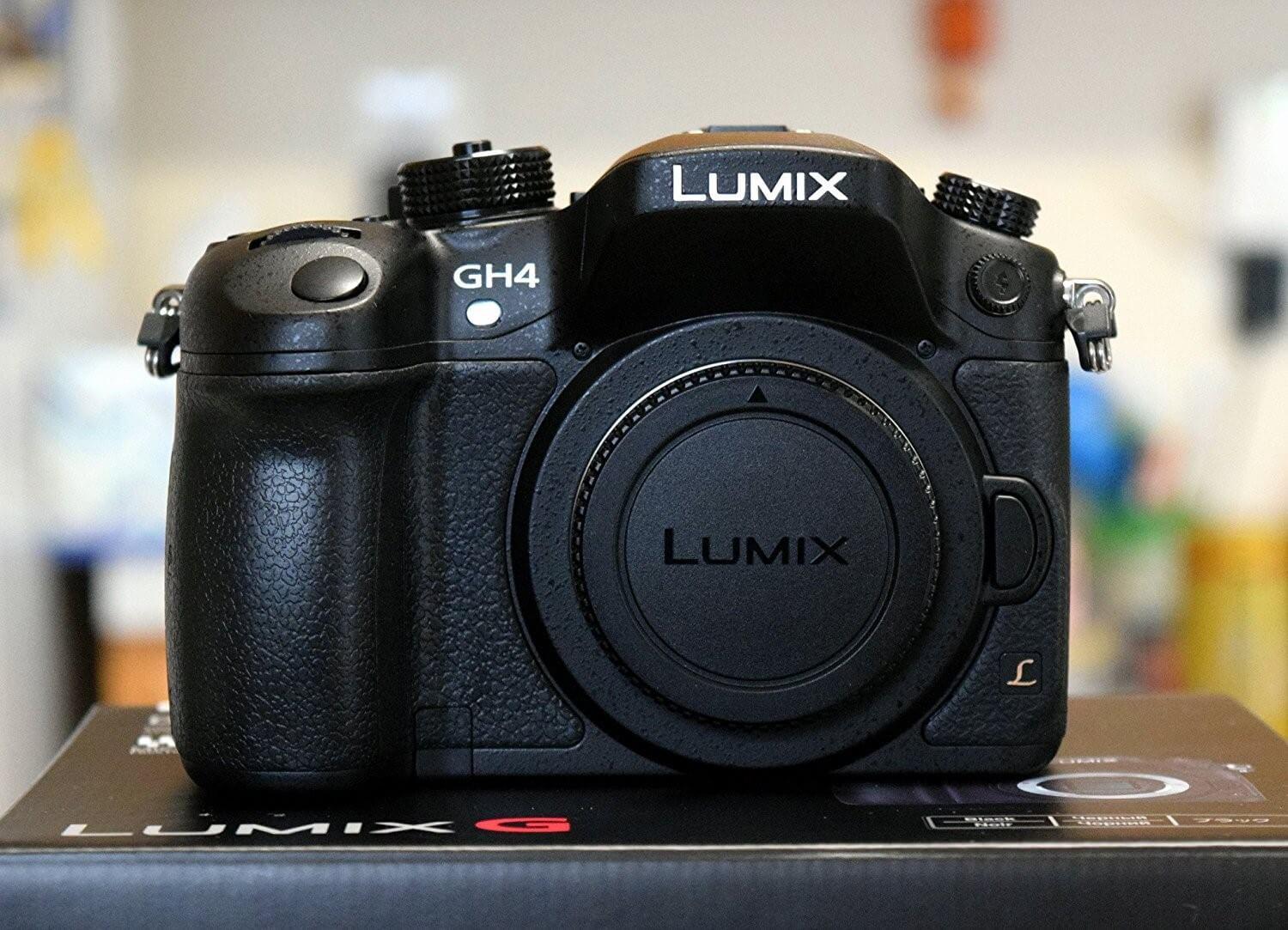 Choosing from dozens of very good video cameras in the market is easier said than done. It took a great deal of time, effort, and skill. Cameras were selected based on various criteria. First of all, we looked at the price of the camera, keeping in mind that we wanted a consumer-focused camera. Using these criteria, we sampled cameras that were listed below $1000 as this is the region we found reasonable for a decent video camera. Next, we looked at the features of the cameras. It was important that the camera can shoot videos of reasonable quality, so we considered only cameras with 1080p full HD and 4K capability. Next, we looked at other features such as connectivity and zoom capabilities.

Price, as always, is a big factor when planning to buy a video camera. As there are so many options in the market, with some DSLR cameras trading for as low as $200 and some as high as $2000, it’s important to know your budget as you set out to shop for a video camera. Of course, a camera’s price will depend on what specs it has, but keep in mind that sometimes even cameras in the same class may differ in price based on brand. While you can get a decent consumer-focused camera for less than a thousand dollars, professional and cinematic types usually cost much higher than that.  So if you are looking for a budget-friendly camera, then you are better off getting a digital camera, an action cam, or a mini recorder. These options are great for YouTube videos.

When shopping for the best video camera for shooting, then the issue of zoom capability must come into play. Keep in mind aspects of the lens of the camera you are buying. A video camera with a high optical zoom capacity is better. A camera with 20X optical zoom capability should serve you quite well. Make sure that the lens has a fixed aperture to ensure there’s consistent exposure while you are zooming. Other features you want to look out for include image stabilization and simplicity of use.

Videographers like to work quickly and efficiently, whether it’s in the shooting stage or when they’re transferring footage. Luckily, technological advancement makes it easier to connect and upload images faster. Wi-Fi cameras are becoming a common sight in the market, enabling videographers to get images online so the rest of the world can see them instantly. Near Field Communication is also becoming increasingly popular where, by touching devices together, you can transfer content. While buying a camera, these are some of the top features you want to look for.

If you are going to be making videos all the time, then the last thing you want is a bulky, cumbersome video camera. This is why it’s so important to consider the size and weight of the camera you want to purchase. Luckily, a lot of the cameras available in the market are quite compact and easy to carry around. You can easily find a 4K capable camera that weighs little over 10 ounces and is easy to carry in your pocket.

The progressive format when it comes to cinematic shooting is 24 fps. But, likely, you are not interested in a professional-grade video camera at the moment. So 6 frames per second aren’t that bad for your YouTube videos. Some of the video cameras can even autofocus at 8 frames per second when you switch them to electronic shutter mode. There are even cameras that have a pre-burst mode, like the Panasonic G7.

Is this for me? 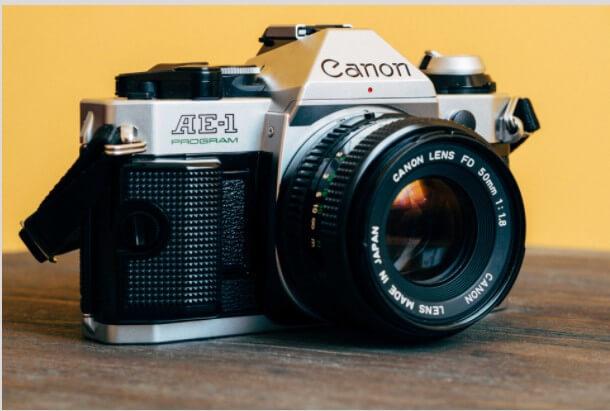 While answering this question, there are a few things that should come into focus. First of all, if you are a beginner or intermediate videographer, then this is the ideal camera for you. Later, when you’ve become a professional and are looking for cinematic shooting, you can upgrade to something better. Secondly, this camera is a bargain, yet it will provide you will offer you the ability to create excellent YouTube videos. Moreover, this is a camera that you can easily carry around with you for everyday use. There’s hardly a better option for Vlogging camera’s in the market now.

After trying out the different video cameras available in the market, I was able to narrow down on five of the best ones. And while there are, without a doubt, other options in the market that will help you create outstanding YouTube videos, it’s difficult to find cameras that will beat the ones on this list regarding both performance and price. Having worked with cameras for many years, I know this to be the case.

You probably know lots of vloggers that make YouTube videos for fun and even earn millions from their videos. Whether you are looking to make this your career or simply want to tell your stories through your videos, then you’ll need the ideal camera for you. The good news is that there’s always a good fit for you out there. But keep in mind that the market is saturated with options you can choose from, which may make it even more difficult to make up your mind. When you find yourself in that predicament, consider renting first. Once you’ve tried out a few different options, it should be easy to decide which one fits your needs.

I cover life and motion through my Canon 5D Mark IV.

But when I am a professional, I almost cover everything from fashion, architectural, editorial topics, and corporate lifestyle.

I have worked with clients such as CNN, Alabama State University, Steelcase, LiveStrong and more.

I'm based in Alabama. If you need my service, just feel free to contact me.
Related Articles
We will be happy to hear your thoughts

Cameraio is a place for cameras, camera related accessories and news. Get reviews on cameras and camera accessories by our experts.