The memory you choose to buy for your camera or video recorder dramatically impacts the kind of photos and videos you take. Selecting the perfect SD card for your camera can be quite a challenge. Depending on your shooting preferences, there are various memory cards to choose from, whether you’re shooting multiple RAW files at a go, shoot a 4K video, or use a GoPro. SanDisk is the number one manufacturer of several digital flash memory products, such as memory cards, solid-state drives, USB flash disks, and readers. 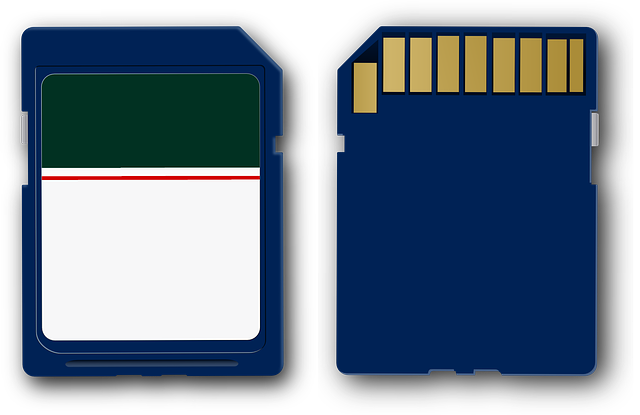 Buying a memory card for your devices

There are many types of memory cards within the SanDisk brand, and they all have performance differences. Among the models of products released by this company are SanDisk Ultra Plus and Extreme, both with distinct similarities and distinctive features. These features help in understanding and identification of these memory devices since the same manufacturer makes them. They have many similar and different features attributed to aspects like the branding, craft, and technology used in manufacturing.

If you decide to buy a SanDisk compact flash memory card, the best options are the SanDisk Ultra and the SanDisk Extreme lines, with the latter being the latest. The Extreme models are superior in advancements in technology, which ensures a larger capacity and delivery of high speeds, which is perfect for shooting high-quality HD videos. On the other hand, SanDisk Ultra cards are best suitable for the storage of pictures that require a lower speed as they are small in size.

The Extreme model is differentiated from the Ultra Plus using certain unique features that make each device suitable for its specific purposes. When considering the two types, the SanDisk Extreme has more superiority in terms of speed tests and class performance. This SD card is an upgrade from SanDisk Ultra. It is most suitable for videographers and photographers who take images in burst shooting mode and videos in 4K UHD- Ultra High definition. This model transfers data at a 90MB/s speed, and its storage capacity ranges from 16 to 256 Gigabytes. This memory card is compatible with devices that support SDXC- Standard Digital Extended Capacity cards and SDHC. These SD cards come with a lifetime and software warranty to help in file recovery, waterproof, shockproof, and temperature-proof.

SanDisk Ultra Plus Vs Extreme

When it comes to choosing between SanDisk Ultra Plus and Extreme, the decision relies on your specific needs, such as the quality of the recording and the storage capacity needed. The similarities and differences in these two models are attributed to such elements as speed, capacity, warranty, and technology used in manufacturing. The SanDisk Extreme version was released into the market following the Ultra Plus and other models in the same series, but it compares technology, performance, and compatibility better.

Speed is one of the crucial things to check and consider when buying a memory card.  When it comes to speed, the listed transfer speed is among the initial things to consider, followed by the UHS Bus speed. The SanDisk Extreme and Ultra Plus models have the same UHS Bus speed of (I). Thus, they have a theoretical maximum transfer speed of 104mbps. Another aspect differentiating the two is the video speed class, indicated by a marking, which the 64GB SanDisk Ultra Plus card lacks, This V icon is located on the face of the SD card, and it is attributed to a video-specific recording which the Extreme cards are an excellent pick for. SanDisk Extreme cards have a V30 icon on all sizes from 32GB to ITB, making them suitable for comfortably recording high-definition videos. When it comes to in-app performances and faster loading, the Ultra Plus card models are rated A1, while the Extreme cards models are rated A2.

The technology used in the designing of memory devices greatly influences their performance and efficiency. Tech features are among the factors you should consider when choosing a memory device, and as it stands, the Extreme models have better technology. The SanDisk Extreme has better functionality than the Ultra Plus model since it is designed with Ultra DMA technology, which enables better and double read and writes speeds. SanDisk Ultra cards are generally made with a 30MBPs maximum speed for all versions, except the 2GB models with a 15mbps full speed.

When choosing a memory card for your camera, the type of work you do and the speed you need should guide you in the card with the most suitable storage capacity. The capacity of both memory cards is measure in Gigabytes, with the Ultra Plus models being available to a 128GB maximum and the Extreme models to a one terabyte maximum capacity. When determining a SanDisk memory card’s capacity, some of the markings used are SD, SDXC, and SDHC, and the capacity depends on the file system used for storing data. If you choose an SD, the maximum capacity you get is 2GB, 32GB for SDHC, and as high as 2TB maximum capacity for SDXC versions.

Another critical aspect of the SanDisk memory device is warranty licensing. Most f SanDisk products come with a lifetime warranty, which these two memory card models have in common. Whether you buy the SanDisk Extreme or the Ultra Plus memory card, you are guaranteed the same. However, the shipment regulations and return policies for the two models may differ.

When choosing a microSD or memory card, you need to choose one compatible with your device in terms of capacity and functionality. Some dash cams have an SDHC standard limit of 32GB, but most devices support up to 256GB, which come in the SDXC standard, and there are those with a massive capacity of 2TB. You need a specific car for your devices, phones, and cameras, especially if you want to record 4K videos using your GoPro and for outstanding performance when using your phone. If you want a MicroSD card for video recording, you’ll need one with a v10 logo or higher, like the SanDisk Extreme for a 4K video recording. It is advisable to stick to the more popular brands which offer warranties on their memory cards, such as SanDisk, and purchase from a trusted seller.

How Many Watts for Studio Lighting? – Info Guide